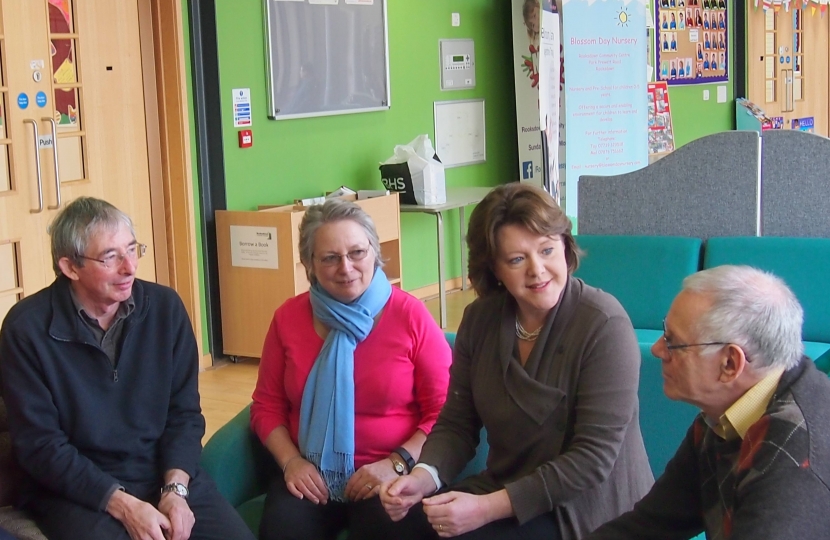 Basingstoke is a great place to live and Maria wants to keep it that way. Lower taxes puts money back into people’s pockets.

“More money in people’s pockets means they can choose how to spend it, which in turn can benefit the local economy. 45 000 people have seen their taxes cut in Basingstoke in the past 5 years and almost 5 000 have been lifted out of tax altogether.

People on average wages in the Borough will be more than £900 better off in 2015 than they were in 2010 because over the past 5 years taxes have fallen: fuel duty has been frozen so Basingstoke residents now save £10 off a tank each time they fill up; Council Tax has been frozen for five years; as well as increases in tax free allowances.

I work closely with the local Conservative Councillors team to make sure we get the best for Basingstoke.”

"Maria understands what makes a new community tick. I've seen some of the work that she does behind the scenes to help local people - she's a caring and hardworking MP who's there when they need help.” Simon Bound, Rooksdown Parish Councillor