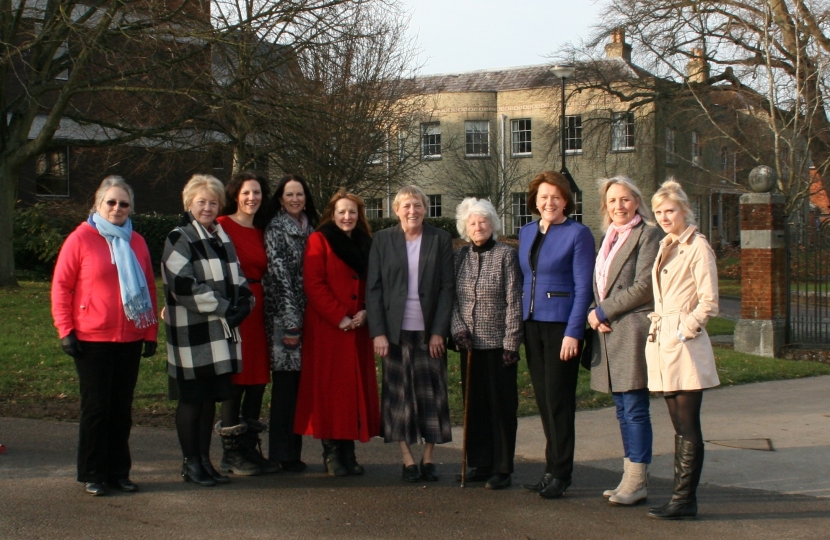 For too long politics was seen as for men only. Maria believes that having more women in elected office helps to improve politics locally and nationally. Maria is the first woman to be elected to Parliament in North Hampshire, the 265th woman ever to be elected as an MP and the 38th ever to be appointed as a Cabinet Minister. Maria wants to see more women in Westminster to ensure we have a representative Parliament.

Before becoming an MP, Maria had almost 20 years’ experience as a working mother in business. It was this experience that led her to make it a priority, as a Minister, to modernise the workplace to support parents struggling to balance work and family life. Shared parental leave, the right to request flexible working and more female representation at Board level are policies she championed as Minister for Women.

As a former Minister for Women and Equality, Maria takes a leading role in Parliament on issues affecting women, she successfully campaigned to establish Women and Equalities Select Committee to scrutinise the work of Government and business. Maria is Chair of the All Party Parliamentary Group on Women in Parliament.

Maria wants action to ensure that women have the freedom to use the internet without being subjected to abuse or harassment.

In response to a concern from a Basingstoke constituent this year she achieved a change in the law to make online revenge pornography a criminal offence, punishable by up to two years in prison. She is also pressing for an industry wide code of practice for reporting of abusive behaviour and verification of users identity.

Maria believes that it is important to encourage young women, particularly school age girls, to aim high and raise their aspirations. She has spoken to many conferences and groups of girls, including Girl Guides, on this theme, often about her own experiences in business and Parliament, and managing work and family responsibilities. She also works to encourage more girls to study STEM subjects (science, technology, engineering and mathematics) to help increase the number of women working in these areas.