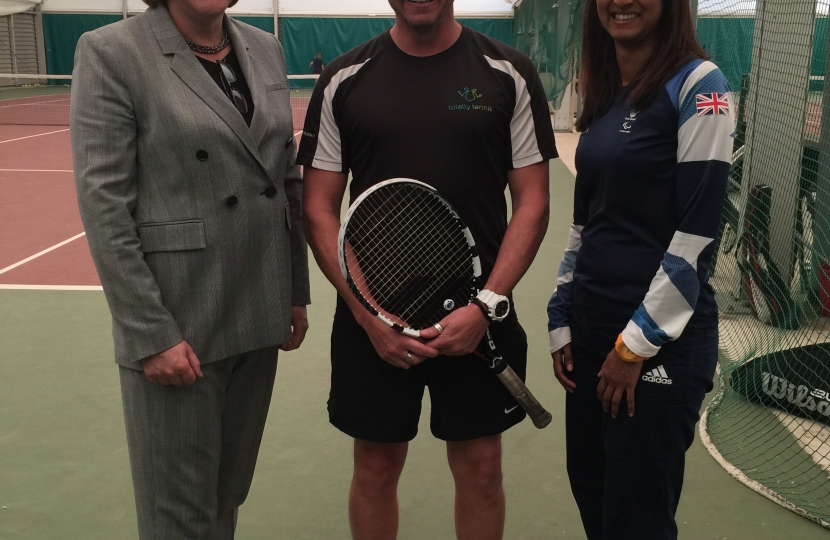 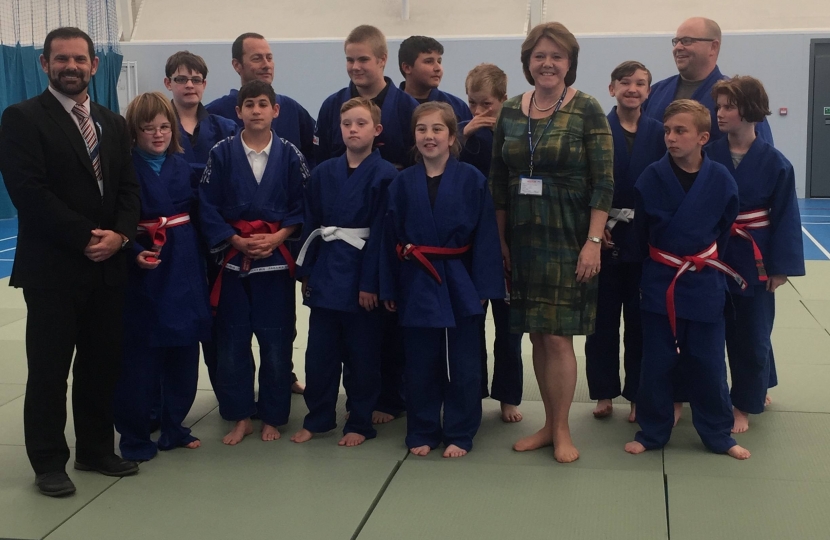 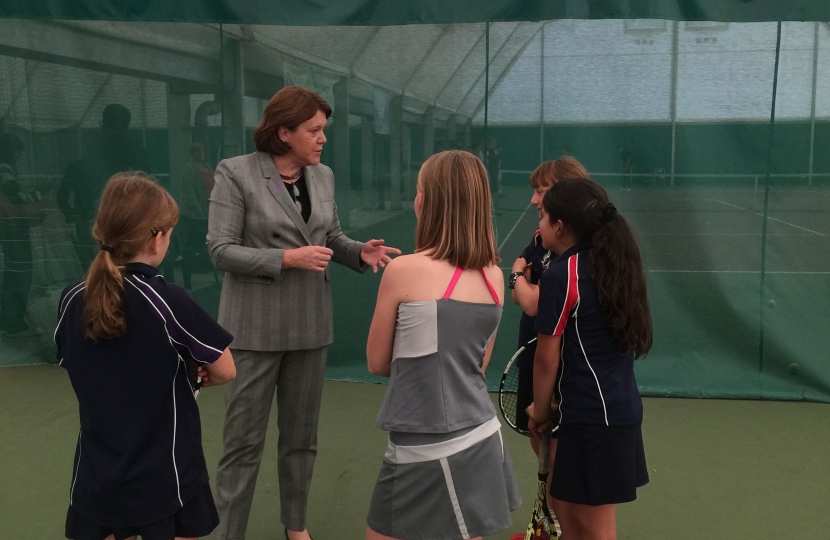 Maria Miller MP visited Sport Satellite clubs at Totally Tennis in Basingstoke War Memorial Park and the Judo Satellite at Dove House Academy. The Satellite initiative is part of the London 2012 Olympic Legacy to get more young people regularly participating in sport through the expert coaching available in local sports clubs. The aim of the programme is to ensure that every secondary school and sixth form college in Hampshire is offered the opportunity to host a satellite club by 2016.

Satellite Clubs are Open to all young people across the local community including neighbouring schools, not just pupils from the school the club is based at.

The satellite clubs work alongside the “This Girl Can" campaign to encourage more women to play sport.

Maria Commented “These two satellite clubs offer more young people the opportunity to get involved in sports with expert coaching from local clubs. Too many young women drop out of sport in their teenage years because they don't find a sport for them or the facilities don't cater for their individual needs. This programme is part of a broader scheme to try to reverse that trend and get us all more active.

"The Satellite clubs are run by dedicated professionals who are committed to young people being given the chance to try a wide variety of sports that might otherwise be unavailable to them.

"More funding is available for more clubs and schools to set up satellite clubs in the town. We need more to get involved and reach out to children who currently may not take part in sport outside of school on a regular basis. “