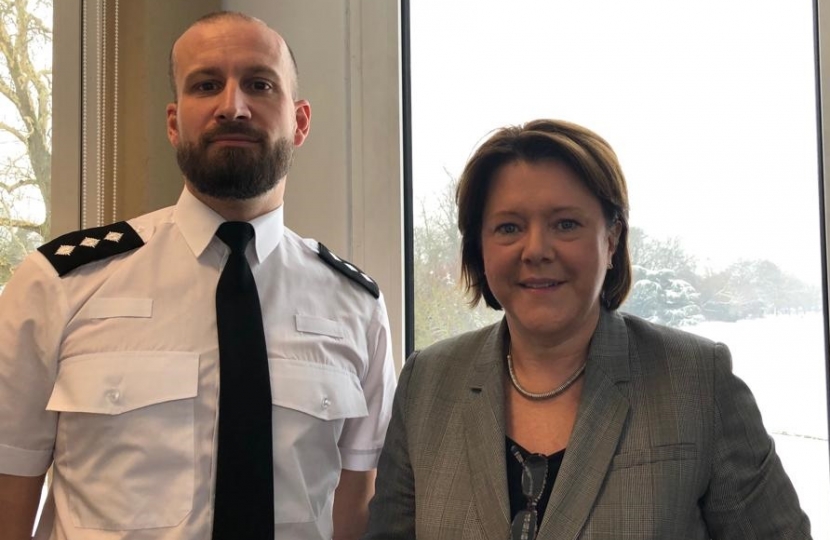 Maria said: “I meet the Police Chief for Basingstoke on a regular basis for an update on policing matters in Basingstoke, and I was pleased to catch up with Chief Inspector Ratcliffe recently. We discussed a wide range of issues, including levels of crime in Basingstoke, which it is good to hear remain generally low, police staffing numbers, and police action to tackle drug trafficking and the “county lines”.