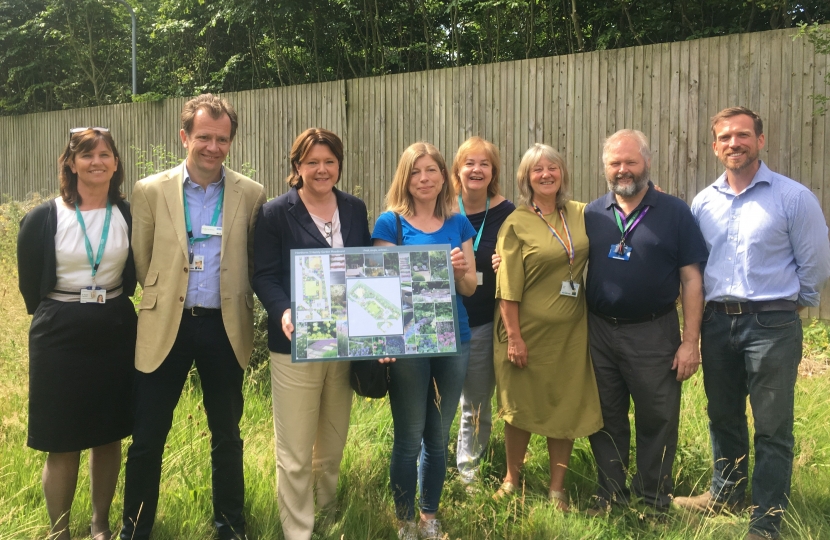 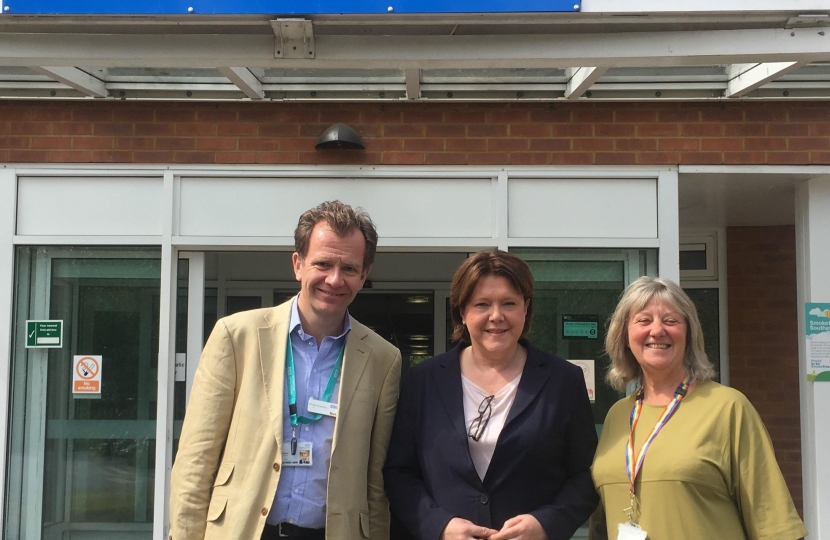 Basingstoke MP Maria Miller recently called in at Parklands Hospital for a meeting with Southern Health’s leaders and to see the start of work on a new therapeutic sensory garden.

Maria met up with Dr Nick Broughton, Chief Executive of Southern Health NHS Foundation Trust, together with the Trust’s Chair Lynne Hunt, and Lilian Turner, a Governor of the Trust, for a catch up on latest developments at the Trust and to discuss the provision of mental health services in Basingstoke and the wider North Hampshire area.

Maria then had the opportunity to learn about the new therapeutic sensory garden which is about to be created in the grounds of the hospital. Southern Health is linking with the horticultural department of Sparsholt College and Help for Heroes, to design and create the new garden, which will primarily be for military personnel. Parklands is home to a specialist ward for serving members of the armed forces with mental health conditions such as post-traumatic stress disorder. Maria heard more about the garden from members of the team, including volunteer Sheila Mellor, and student on the Diploma in Garden Design at Sparsholt, Hannah Thomas, whose design was voted the winner by staff and patients from designs submitted by five Sparsholt students.

Maria said: “I was pleased to catch up with Southern Health, to be able to discuss in more detail how they are providing mental health services in Basingstoke and the improvements in their service provision.”

“It was also really interesting to see Hannah’s design for the new therapeutic sensory garden, which I am sure will be a real benefit for the military patients. The project relies on volunteers and fundraising and it is great news that they have raised enough money to start work on the garden. I will look forward to seeing how it takes shape and progresses.”