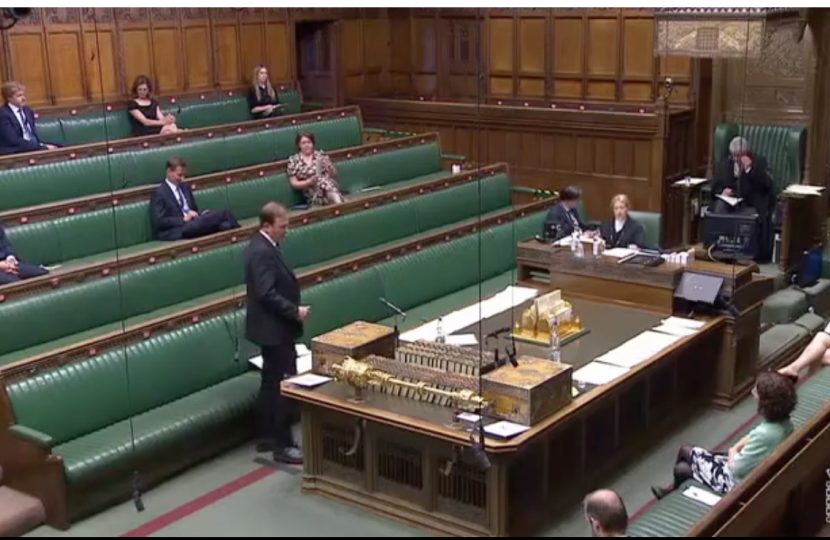 At questions on the economic outlook and changes to the furlough scheme on the 16th June, Basingstoke’s MP Maria Miller raised concerns of reports that some businesses are routinely making pregnant women redundant.

Maria said, “Under this Government we have record numbers of women in work in our country, and under the lockdown around 140,000 women—maybe more will have become pregnant. We are already hearing that some businesses are routinely making pregnant women redundant, despite the law and the furloughing scheme. What message does the Treasury have for those businesses?”

Financial Secretary to the Treasury Jesse Norman replied condemning the ‘abhorrent practice’ of discrimination of pregnant women, “Clearly, that is an abhorrent practice. My right hon. Friend is right to highlight it, to the extent that it is going on, and, as she says, it is illegal. I am very proud of the support the Government have given to women, as she has said, including through the national living wage and many other matters. I am also pleased that we have been able to make sure that the structure of the jobs scheme goes over enough years so that any impact on maternity is mitigated, so that those women are not affected, or are affected as little as possible, by the decisions they may have made—".

The Financial Secretary’s response comes before Maria’s Pregnancy and Maternity (Redundancy) Bill, which is due to be presented in parliament on 8th July and has already received strong cross-party support from MPs. The Bill seeks to prohibit redundancy during pregnancy and maternity leave and for six months after the end of the pregnancy or leave.

Earlier this week Maria held a virtual forum to discuss the impact Covid-19 was having on new and expectant mothers, which was attended by: Maternity Action, Working Families, Fawcett Society and Pregnant Then Screwed. Joeli Brearley, CEO of Pregnant Then Screwed explained how it had received 5 times more many callers this April than in the previous year, forcing the campaign group to open a second hotline to cope with the demand for legal advice on employment rights. Maternity Action also confirmed a surge in demand for its services.

Maria highlighted the serious need for better protections for women at work, ‘The EHRC has shown that pregnancy and maternity-related discrimination results in job losses and a cost to women of between £47-£113 million a year. The costs to the taxpayer are also significant, as the Government forgo taxes and pay increased benefits to the tune of £14 million and £17 million.

‘By retaining female talent in the workplace, productivity in the UK economy would increase. Businesses would also be saved the significant costs of recruiting new talent. Protecting women from unfair discrimination is not only an issue of equality; the economic argument for it is unmistakeable, too.’