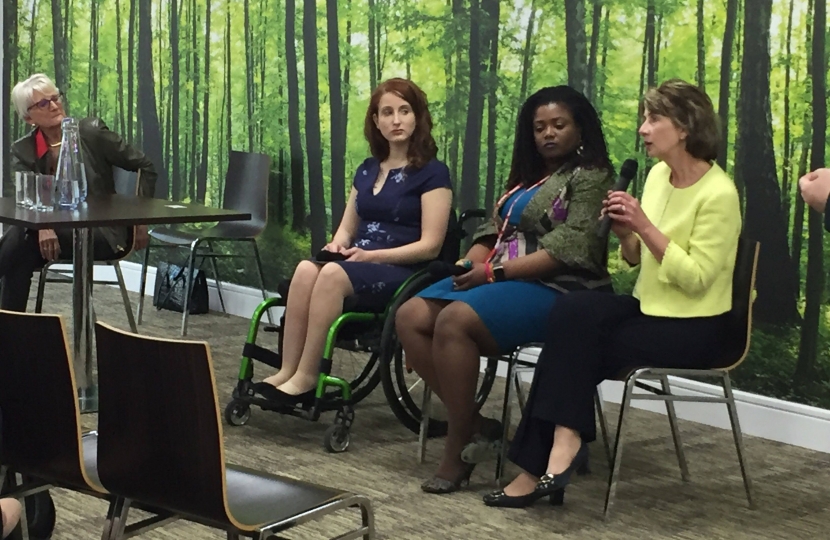 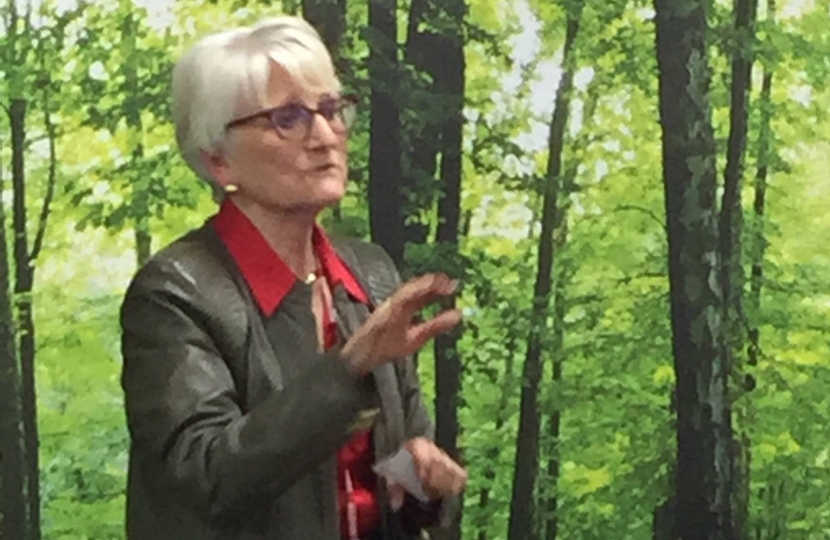 Maria Miller MP welcomed Baroness Pauline Neville-Jones to Basingstoke to speak at one of a series of Inspiring Women Events. The event was hosted by Basingstoke based company De La Rue.

Attendees included a range of professionals from Basingstoke businesses, colleges and charities.

Baroness Pauline Neville-Jones was a BBC Governor and Founder and Chairman of the British Joint Intelligence Committee (JIC). She served as Minister of State for Security and Counterterrorism at the Home Office with a permanent position on the National Security Council. She completed three years as the former Prime Minister David Cameron’s special representative to UK business on cyber security.

Baroness Neville-Jones spoke about her journey through the Foreign Office, Cabinet Office, Government and the world of enterprise. She talked about the challenges she faced and the ways in which she overcame them. She also emphasised the importance of encouraging more women into senior roles in the both the public and private sectors and the benefits of volunteering.

Questions covered a wide range of topics including flexible working, maternity leave, and both the challenges and opportunities faced by working women. The under representation of women on boards and in key positions was also discussed.

Maria commented: “I was delighted to welcome Pauline Neville-Jones to Basingstoke. The audience were very interested to hear of her experiences within the Foreign Office and Government. The panel also gave their insight from different perspectives and this really helped show how women can encourage others by sharing their own experiences."

"Jo Easton and the De La Rue team, who hosted the event, ensured that the atmosphere was relaxed and welcoming, which meant  attendees felt able to ask questions and engage with each other. I am looking forward to welcoming other guest speakers and am certain that the Inspiring Women Series will encourage women to apply for roles in areas which they have not previously considered.”