MP raises concerns about criminal use of drones 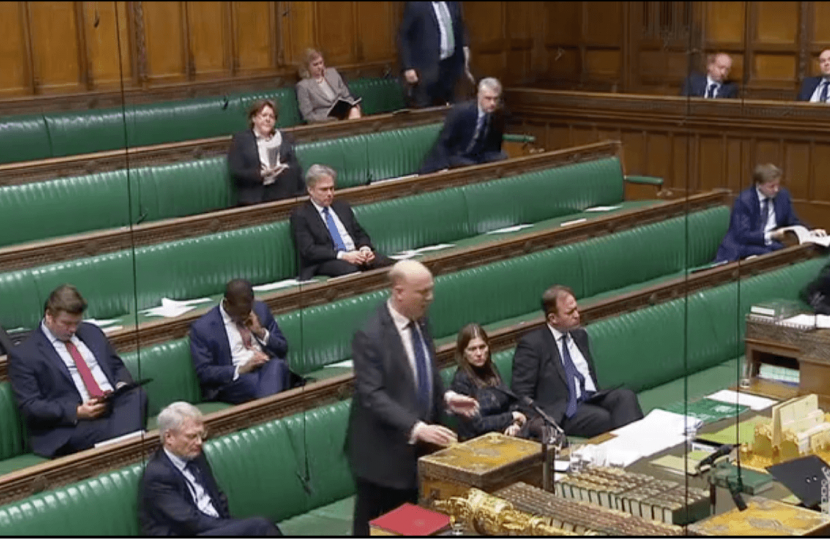 MP Maria Miller has raised her concerns about the criminal use of drones with Secretary of State for Transport, Chris Grayling in the House of Commons on Monday 7 January.

Maria said,"My constituents are surrounded by airports at Southampton, Farnborough, Lasham and the Odiham RAF base. What discussions has my right hon. Friend had with these smaller airports, which have real challenges when it comes to taking measures to protect themselves from such malicious attacks? As my right hon. Friend Justine Greening has said, such attacks threaten not only safety in the air, but residents on the ground."

The Secretary of State for Transport responded, "That is why the measures we introduced last summer—to make it illegal to fly a drone close to an airport and to put restrictions on the height above which one can fly a drone—were applicable to the situation in most of the drone incidents that have occurred, namely irresponsible usage close to an airport. There were 97 such incidents last year. We will be sharing the experience of Gatwick, and indeed the technological developments, with airports such as Southampton. Such airports may want to take steps similar to those taken by bigger airports to protect themselves. As I say, this is an emerging technology."

Following the Ministerial statement Maria said, "Basingstoke is surrounded by airports all of which are vulnerable to the sort of attack we saw at Gatwick over the Christmas period. Not only are these criminal attacks a danger to air passengers, they are also a danger to people on the ground too. I will be contacting the airports in question to understand better what they are doing to be able to spot this type of criminal attack."