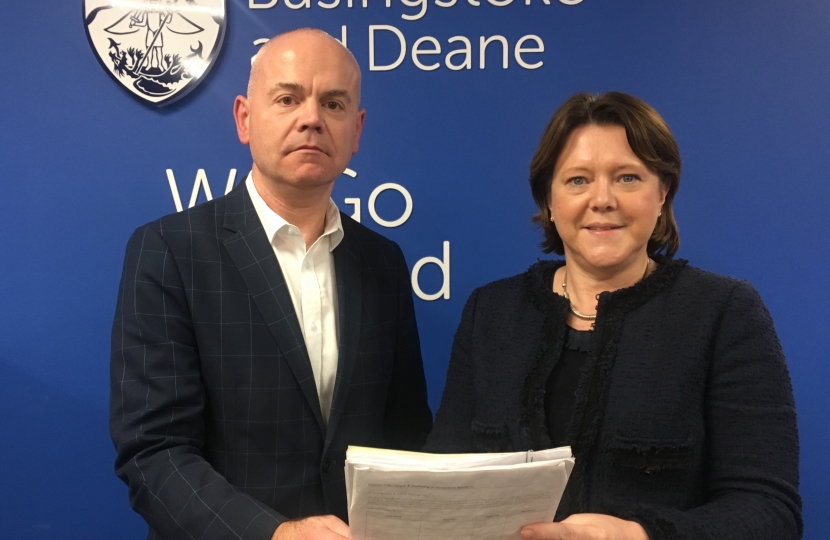 Local MP Maria Miller has welcomed the acceptance by Basingstoke Council of her petition calling for a new medical centre in Winklebury.
Maria launched the petition in November, calling for a new full-time health centre to replace the current practice which is  only open for 2 ½ hours per week. The petition has been signed by hundreds of local residents.

Cllr Simon Bound, Deputy Leader and Cabinet Member for Communities accepted the petition at a meeting of the Council’s Cabinet. His written response confirmed that the Borough Council was working with the NHS Clinical Commissioning Group and with Vivid Housing Association to provide a new health centre as part of the wider Winklebury regeneration project.

Maria said: “I am pleased that the Borough Council has recognised the need for a new medical centre in Winklebury and acting to help make them happen, to improve the lives of families living in Winklebury.”

“I look forward to hearing more from the CCG, the Borough Council and Vivid in due course.”