One year on - Update from local MP on BAME Inquiry progress 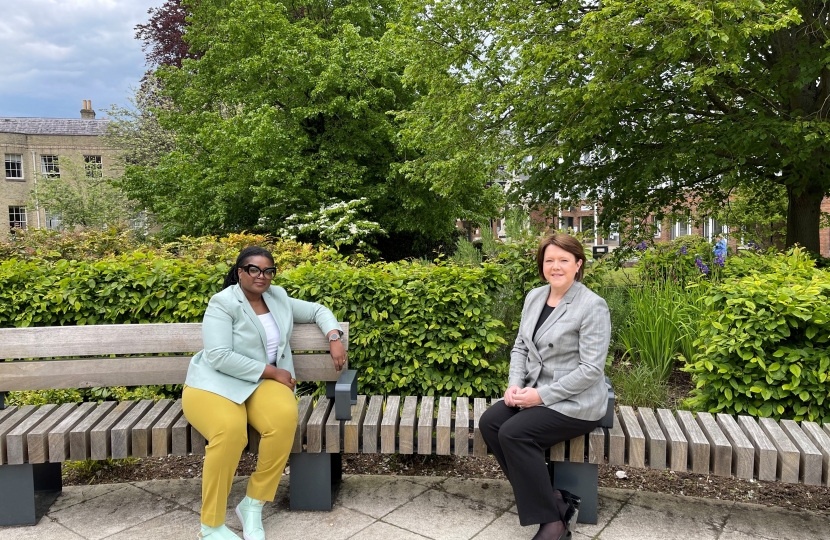 A year ago Basingstoke Unites Against Racism (BUAR) held a peaceful protest in Memorial Park attended by the Bishop of Basingstoke and Imam Mohammad from the Albirr Foundation Mosque in Basingstoke, to show our community’s outrage at the death of George Floyd in America. At the time I was struck at how much concern was being expressed and wanted to harness that concern to better understand the lived experience of people from ethnic minorities in our own community.

At the BUAR event it was announced that we would work together to hold a local inquiry to help understand better the lived experience of people from ethnic minorities in Basinsgtoke. The Inquiry contacted residents from a wide range of minority ethnic backgrounds which make up our community. Working with BUAR and Basingstoke and Deane Borough Council ,evidence was gathered from 13 different community groups. Individual submissions were also received. It was often the case that people were speaking about their experiences of discrimination for the first time. Overwhelmingly, people love living in Basingstoke but for people from ethnic minority groups racial abuse was also present in everyday life. There is no reason to believe Basingstoke is any different to other communities throughout the South East when it comes to attitudes and there is no ‘quick fix’ to tackling racism. The Inquiry’s findings were sent to local public and private sector organisations and made widely available through digital media. The findings have allowed our community, businesses and public sector organisations to start to talk more openly about issues of racism; and to start to address the findings of the Inquiry. It has also supported more people to consider reporting incidents of racism when they occur. To keep the momentum going I have established a group to oversee the actions being taken by businesses and the public sector organisations named by respondents to the Inquiry. I hope that in taking this approach I can encourage a momentum for change through key community organisations and beyond.

Racism is the workplace; The Inquiry found that people of Black, Asian and Minority Ethnic ( BAME) backgrounds were faced with a range of challenges in the workplace because of their ethnicity, ranging from discrimination from customers towards staff (and vice versa); ineffective policies for promoting and mentoring BAME employees; and a lack of trust for organisations to meaningfully tackle inequalities and racist behaviour.

Outcome; A significant number of employers came forward and signed the Race at Work Charterhttps://www.bitc.org.uk/race/

The charter has five main pillars; Appoint an Executive Sponsor for race, Capture ethnicity data and publicise progress, Commit at board level to zero tolerance of harassment and bullying, Make clear that supporting equality in the workplace is the responsibility of all leaders and managers, Take action that supports ethnic minority career progression.

It is clear that signing the charter is just the beginning. Progressing each pillar is key.

Schools: Schools were described by respondents as ‘often weak’ in their handling of racist abuse towards BAME pupils, sometimes dismissing verbal abuse as insignificant. This led to an acceptance of abuse rather than tackling racist behaviour. Inquiry participants also reported feeling that schools had different expectations of their Black, Asian, Minority Ethnic students, and could lack ambition for some groups as a result. Similarly, participants also recounted how school staff had stereotypical assumptions about their abilities based on race. Black participants in the Inquiry felt strongly that the way schools taught Black history could be improved. Its focus solely on slavery, neglected to teach the positive contributions made by Black people throughout history.

Hampshire County Council has formed a new Focus Group involving headteachers in Basingstoke, as well as Local Authority officers with a variety of roles and interests relevant to this focus. The Focus Group discussed the issues raised by the inquiry and drafted an action plan to begin to move this agenda forward. June the 11th will see the launch of the programme.

The School Improvement Manager (SIM) for Basingstoke and Deane primary schools expanded this conversation to draw together the ideas of school leaders, Local Authority leads in key areas and representative residents from Basingstoke’s BAME communities.

In the focus group’s initial meeting, all parties agreed to draw from existing resources and work already being undertaken in schools and take this forward in a coordinated strategy. The group will review existing approaches and add to what is already in place.

The Community - The inquiry highlighted the need for the community to change the status quo. More participation by diverse communities in Basingstoke’s key civic events, such as the Remembrance Day Parade, and a wider representation of Basingstoke’s elected representatives from diverse backgrounds were both identified as crucial in that process.  There was also a clear plea to the wider community: “If you are a witness to racism you should respectfully call it out”.

Outcome; - Basingstoke and Deane Borough Council is reviewing civic events, so that they better represent the community they serve, and continues to work with local communities to raise awareness of the importance of their involvement in local democracy. The council will also deliver Equality, Diversity and Inclusion training to newly elected councillors and has signed up to the Race at Work Charter to improve the experience and opportunities of employees from ethnic minority backgrounds in the workplace. Other general civic duties being undertaken by the council include supporting partner agencies and working with local ethnic minority communities to promote the take up of the Covid-19 vaccine, understand and complete the Census and work with Hampshire County Council to broaden the curriculum in local schools and develop their race equality work.

Basingstoke’s largest employer, the Hampshire Hospital Foundation Trust (HHFT) has a significant piece of work in place to increase diversity in its management and support employees from BAME background to reach their full potential; and it is hoped they can support a wider campaign to ‘call-out’ racism working with other public sector employers.

Conclusion; all these outcomes just mark the beginning of transforming Basingstoke into a great place to live for everyone. We can never be complacent and must recognise that we are on a journey.