Support a new Hospital for Basingstoke 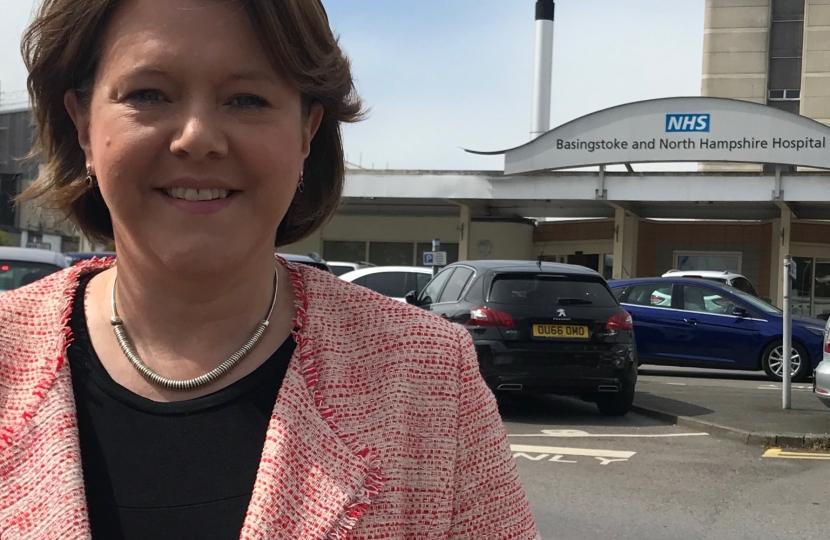 Local Hospital managers in Basingstoke are considering just patching up the existing 1970s Hospital building which faces a repair bill of £400million similar to cost of new hospital rather than, as part of the Government’s Health Infrastructure Plan, building a new Hospital to serve our town.

Maria Miller local MP said, “It is difficult to understand why local Hospital managers are considering using this once in a generation opportunity to patch up the existing 1970’s buildings rather than give the people of Basingstoke a brand new Hospital building.

“The hospital managers know that around £400million is needed to repair the existing buildings, figure similar to the cost of new hospital.  The Government has identified Basingstoke as one of the 40 new Hospitals it wants to build as part of its Health Infrastructure Plan launched in September. That is what I campaigned for when I was successfully re-elected in December.

“Anyone who has used the Hospital or visited relatives in the past few years knows how staff are struggling to work in a building that is nearing the end of its useful life. We need a new Hospital that is built to serve Basingstoke as it is today, not as it was in 1970; and to give doctors and nurses the best conditions in which to treat patients.

“I am urging everyone in Basingstoke and everyone who works at the Hospital to take part in the consultation to make it clear Basingstoke needs a new Hospital not just a decade of building works to patch up the old building with all of the disruption to patients that would entail.”

“I am calling on the Hospital Trust managers, governors and board members not to waste this once in a generation opportunity and build a new Hospital for our rapidly growing community across North and Mid Hampshire. “

Maria has been joined by the local Council Leader Ken Rhatigan and Deputy leader Cllr Simon Bound in calling on the Hospital to go ahead with a new Hospital building to serve the borough.

Basingstoke and Deane Borough Council Leader Cllr Ken Rhatigan said: “We actively support the building of a new hospital in Basingstoke serving the people of north Hampshire, as that’s what our residents have told us loud and clear they want.

“The existing hospital provides excellent services to our residents but the current campus buildings don’t meet the needs of a growing 21st century population. A new hospital is a key priority for us and we are working with central government, Hampshire Hospitals NHS Foundation Trust and the Hampshire and Isle of Wight Partnership of Clinical Commissioning Groups to push for this option and to take the project forward as quickly as possible.”

Cllr Simon Bound said; “An enormous amount of work and consultation has gone into identifying that what we need is a new hospital.  A New Hospital is a priority in our Council Plan.  Residents have asked us to be as clear as crystal that this is what we need, along with the much anticipated new cancer centre.  North Hampshire is growing fast and future health demands cannot be delivered in the current facilities. The Government have recognised this and we now need it delivered.”

County Councillor Stephen Reid said, “The doctors at the Hospital have been calling for a new building at Junction 7 of the M3 for more than 6 years and have had my full support because it’s a location that has been identified that would save more lives. Now we have the opportunity to make this change and improve our local health services. With Basingstoke growing so fast, I believe that only a new hospital can meet future demand. There is insufficient space or parking on the existing site.”

If you want to see a new building that can support more patients, in a modern Hospital, that can provide a better work place for doctors, nurses and all hospital staff please fill in the consultation and call for the managers at North Hampshire Hospital Trust to listen to the people of Basingstoke who need a Hospital to serve our community that can provide the best.