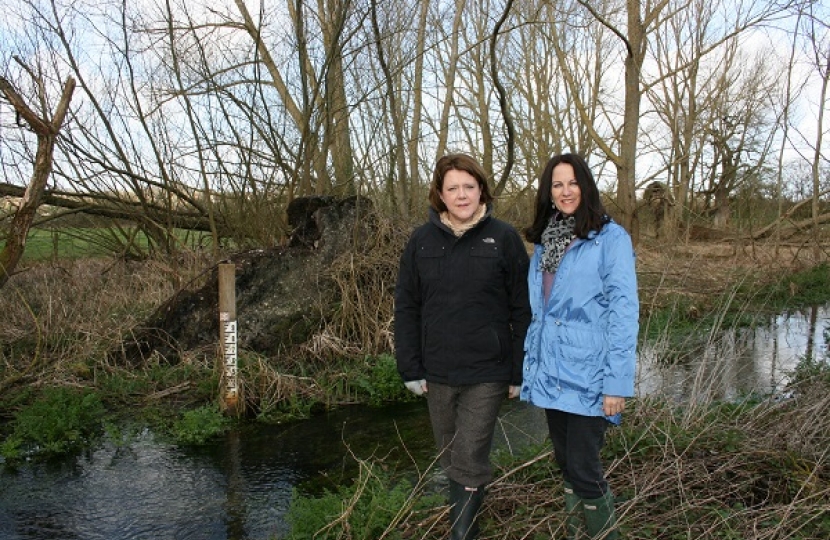 Maria has long campaigned for tougher measures to reduce the phosphate pollution levels in the River Loddon and called in at the Hampshire and Isle of Wight Wildlife Trust to catch up with them on their role as catchment host for the River Loddon.

“It is a great concern that the River Loddon continues to have unlawful levels of pollution and it is of the utmost importance that it should be protected and improved.”

Responding to the recent Environment Agency consultation on the draft plan for the management of the Loddon river catchment, Maria has highlighted the need to confirm what specific action will be taken to tighten the controls on the amount of phosphate that can be discharged into the river at Basingstoke Sewage Treatment Works, and she has also called for the introduction of controls at Sherfield on Loddon’s Works.

Maria said: “The priority must be to manage the pollution in the river more effectively by reducing the overall amount of phosphate entering the river from the sewage works. The Environment Agency targets for the Loddon in the draft plan are not as ambitious as I would have liked, and I have urged them to aim for tougher measures.”