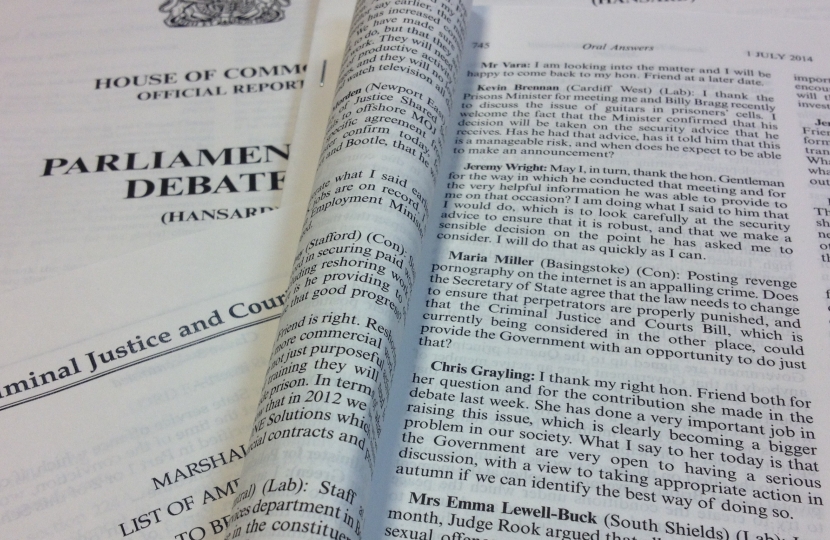 There is a growing problem faced by adult women in this country who have had sexually explicit pictures of themselves posted online without their knowledge and without their consent on dedicated websites, readily promoted by search engines such as Google and Yahoo. Victims often find it is impossible to remove these images once they are online. Revenge pornography can result in that person losing their career, damaging their future job prospects and devastating their relationships.

Maria campaigned to change the law and make posting online revenge pornography a crime. The existing law predated the digital age and did not adequately protect individuals from this type of appalling online abuse.

The Criminal Justice and Courts Act received Royal Assent on 16 February 2015, making revenge pornography illegal, punishable by up to two years in prison.

"When a constituent approached Maria Miller about revenge pornography, I wonder if she predicted that Maria would push it all the way to achieving a change in the law? Maria has been tenacious in finding a way to protect people from this persecution: she has been a superb Member of Parliament.” Rt. Hon. David Cameron, Prime Minister