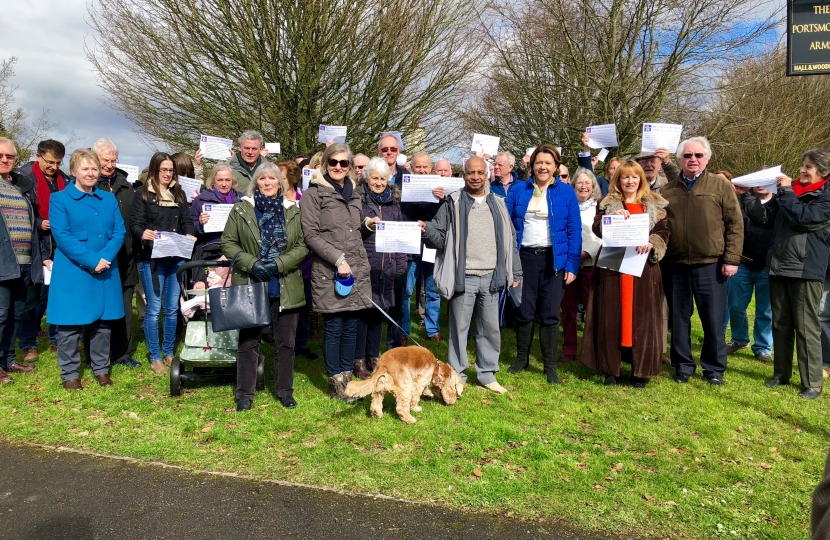 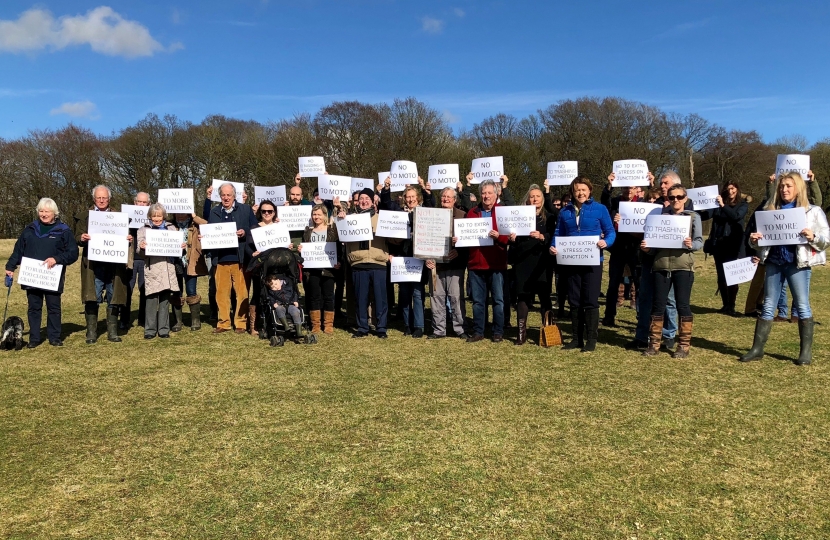 The proposed services at Black Dam are currently being considered by the local authority, while the proposal for Hatch Warren has not yet been submitted for planning approval, with details expected to go out for a second round of public consultation in the next few months. Basingstoke residents have highlighted to Maria the significant environmental and road traffic concerns that both developments raise.

Maria said: “Tens of millions of taxpayers’ money has been spent to improve our roads, and our sewage works have been upgraded to cope with new housing. All the improvements are put in jeopardy by these two commercial proposals, which were not called for in our Local Plan.”

“Very many residents have told me of their considerable concerns about these proposals, and that they are simply not needed, given that the existing services at Fleet and Winchester are only 23 miles apart.”

“I would encourage all those who wish to register their concern about new motorway service areas to sign the petition and try to get any friends, family and neighbours also to sign. The more signatures I get, the greater the impact of the petition, which I will then present formally in Parliament.”

Cllr Terri Reid, who represents Hatch Warren and Beggarwood, commented: “Local residents are already expressing great concern and opposition to the proposed MSA at junction 7 and the potential encroachment on a residential area by a motorway flyover to access the opposite side, which could mean much more traffic, especially HGVs, very close to homes and gardens. The flyover also threatens the future of Brighton Hill Playing Fields. These proposals are completely inappropriate and a step too far for Hatch Warren and Beggarwood.”

Geoff Burnes from Basingstoke South West Action Group (SWAG) said: “An MSA between Junction 6 and 7 could cause all sorts of motorway safety issues.  With an MSA located on the approach to Junction 7 there would be no fewer than three junctions within the space of three miles.  One of these junctions is the notorious sub-standard Junction 8 which involves drivers having to make rapid and confusing decisions on lane choice for either the M3 or the A303.  Highways England admits that there are already safety challenges between the existing Junction 7 and Junction 8.  Adding a further junction immediately before these two junctions could just make matters worse.

Regarding the proposed MSA at Junction 6, Cllr Onnalee Cubitt, who represents Basing Ward, said: “Basingstoke residents say our stretch of the M3 has enough excellent 24-hour motorway services already in between Junction 4 and 5 at Fleet and between 8 and 9 near Winchester.

This proposal is a risk to our historic environment and treasured landscape. Basingstoke residents don’t want 24-hour blots on our local landscape polluting our nights, our air and our water.”

Kate Tuck, Chairman of SOLVE said; “No to Moto. No to damaging the River Loddon. Moto’s proposed service station is next to important chalk fed springs of the River Loddon”

Due to Parliamentary rules a hard copy of the petition must be signed and posted to Maria at House of Commons, London SW1A 0AA.