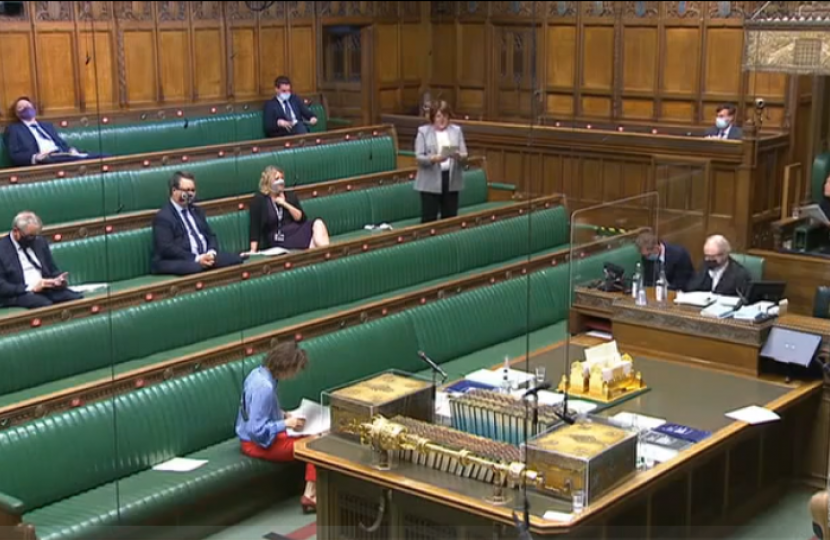 MP Maria Miller spoke in the remaining stages of the Police, Crime, Sentencing and Courts Bill in Westminster today, which puts in place tougher sentences for child murderers and sex offenders along with other provisions to reform the justice system.

Maria spoke in favour of the Bill and added her support to amendments that would stop sex offenders being able to change their name without notifying the Police. Advocating for the amendment, Maria said, ‘The UK has some of the toughest measures in the world to manage to sex offenders, yet the system is being flouted by thousands of sex offenders if the figures are to be believed.’ Minister Victoria Atkins responded to Maria’s points indicating the Government’s support for a stronger system and that this would be reflected in the Bill at a later stage.

MP Maria Miller did not support the amendments on abortion because they would have enabled terminations on any grounds up to full-term pregnancy, but she set out the need to decriminalise women who sought abortions,  and supported amendments to create protest-free buffer zones around abortion services.

Following today’s report stage and third reading, the Police, Crime, Sentencing and Courts Bill will move to the House of Lords to be debated.

The CQC has published the figures for the number of individuals who died in care homes nationally during the pandemic. Local MP Maria Miller said,