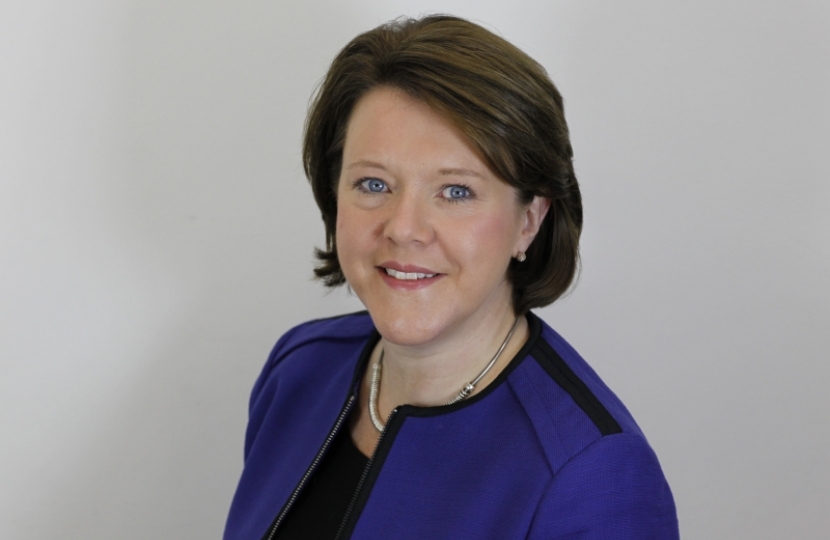 Speaking in the House of Commons after the Chancellor’s Summer Budget statement, Basingstoke MP Maria Miller has welcomed the Budget as a new settlement for Britain and good news for Basingstoke.

Maria said that the Budget set out the actions that would mean the economic security of a country living within in its means, with more people in jobs and able to keep more of the money they earn.

Maria welcomed the financial security of lower taxes and the new National Living Wage. “The rise in the personal allowance will mean lower taxes for around 54,580 working people in Basingstoke, with an estimated 927 people taken out of income tax altogether.”

Maria also commented on the measures that would help hardworking residents fulfil their dream of owning their own home, with the Right to Buy scheme potentially helping some 13,000 people in Basingstoke, and Help to Buy enabling many more to buy their own home.

Maria said: “Basingstoke is one of the top ten centres of employment in the South East and many businesses in my constituency will welcome the meaures to boost growth and competitiveness, such as the reduction in corporation tax, the extension of the Employment Allowance and the permanent raising of the Annual Investment Allowance.”

“In order to boost productivity, we also need the investment in infrastructure that enables business to thrive, and I welcome the new Road Fund announced by the Chancellor and the new investment strategy for roads. Until recently, Basingstoke has not had the investment in its roads needed to keep pace with the high level of housebuilding which the Labour administration required, and it is vital that this infrastructure deficit is addressed.”

“Investment in our railways is also urgently needed and bringing forward the refranchising of the Wessex Route, alongside the changes in funding flows set out in the Budget, should help to support much needed improvements for rail users. But further government or other investment will also be needed to secure these improvements.”