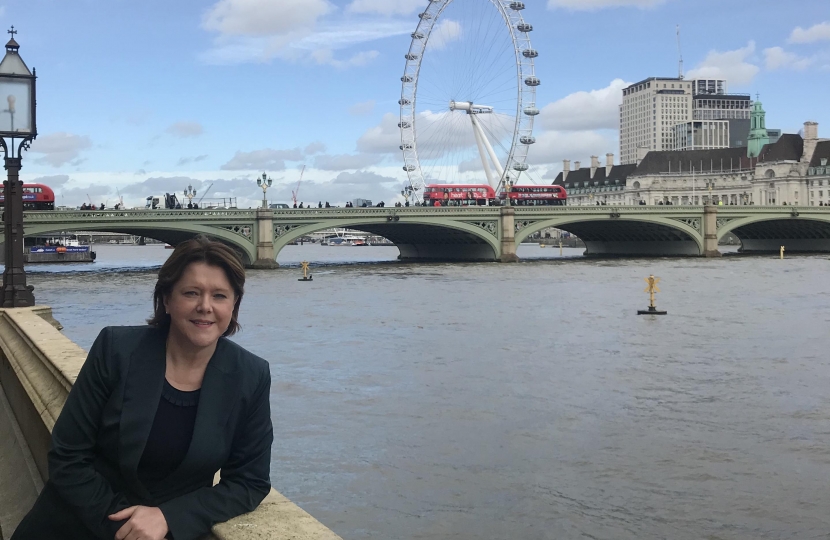 This article was published by Politics Home

The International Women’s Day debate in Parliament has become a fixture in the Parliamentary calendar giving MPs the opportunity to celebrate, reflect and contemplate the lot of women in British society.

There is much to celebrate and we shouldn’t be shy in doing so. 100 years ago Nancy Astor became the first women to take her seat in the House of Commons-she was a resilient Conservative, not afraid to speak truth to power. Male or female we need more Members of Parliament in that mould.

We are right to celebrate that we have record numbers of women in work, some of the best anti-discrimination laws in the world and for women under 30 years old the Gender Pay Gap has all but evaporated.

Economic empowerment of women is an important path to equality.

But for women over 40 the story is very different. The Gender Pay Gap is alive and kicking because of the lack of good quality flexible work for parents striving to balance work and family commitments. Women can too often find themselves trapped in low wagged work to get that flexibility they need with no prospect of progression.

For the most part, women have had to adapt to fit into a British workplace that is still stuck in the seventies: Presenteeism, long hours culture, a lack of flexible woking, employers who routinely use Non Disclosure Agreements to cover up discrimination. Too many womens’ confidence is sapped and careers destroyed through workplace bullying and sexual harassment, a point well highlighted this week in Parliament by the women who lobbied MPs, supported by Care International, to build awareness of the International Labour Organisation’s proposed new Global Convention outlawing harassment and abuse at work in every county in the world.

Discrimination at work remains a blight on our society because enforcement of anti-discrimination laws passed in Parliament is clearly inadequate. The legislation puts the power of enforcement in the hands of the Equality and Human Rights Committee. If they are not exercising these powers then we need to consider empowering another organisation that will; no one should be prepared to stand by and watch more than 50 000 women a year leave their jobs simply because they are pregnant despite strong laws of protection.

That women have achieved so much is a testament to their tenacity and ability. But to really move equality forward we need real change. No where more so than in Parliament.

One of the first reports of the Women and Equalities Select Committee considered women’s representation in the House of Commons. I was struck by the plans and activities every political party has to address the under representation of women in Parliament. But when it comes to Parliament itself those plans are much less clear. Its no good political parties recruiting a whole new generation of female MPs for them to arrive in a place that is still more reminiscent of a Gentleman’s Club in the 19th Century than a modern and inclusive place of work.

There’s been good work done by experts like Professor Sarah Childs who has painted a picture of what a Good Parliament looks like. But piecemeal change needs to be replaced by a wholesale plan for a modern Parliament that looks like a place women would want to work.

On this International Women’s Day I am proud to be a member of Parliament and proud to be the first woman to represent my constituency.  It is our responsibility to ensure the women who follow us have more opportunity, economic empowerment, that our daughters wherever they live, whatever their race or religion, have the same opportunity as our sons.