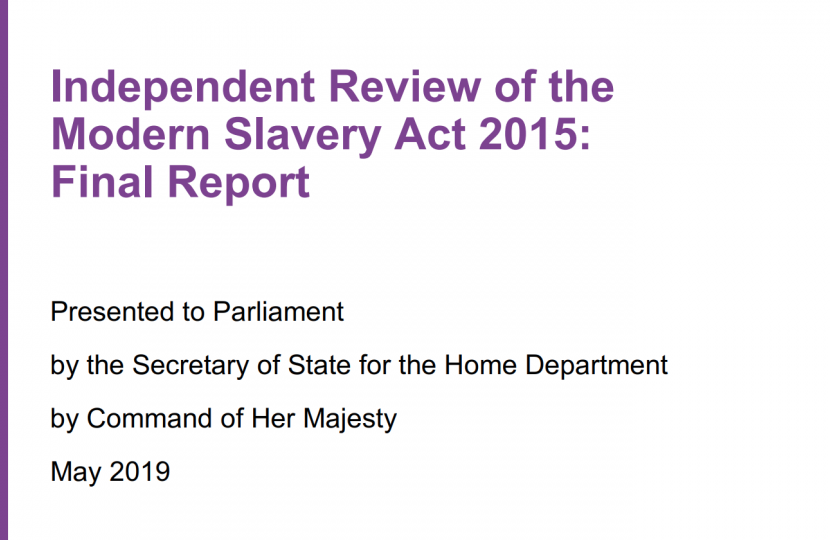 In 2018 the number of potential victims of modern slavery rose by a third to almost 7,000 people, with up to a quarter trafficked for sexual exploitation. The problem is growing and must be urgently addressed if Britain is to remain a world leader in this fight.

In July 2018, the government commissioned Frank Field , Maria Miller and Baroness Butler-Sloss to undertake an independent review of the Modern Slavery Act 2015.

The final review report was laid in Parliament on 22 May 2019.

The government response to the independent review sets out how the government intends to respond to the recommendations made by the review.

Alongside the response to the independent review, the government has launched a consultation on transparency in supply chains.

In the final report of the independent review of the Modern Slavery Act, Rt Hon Frank Field announced that he, Rt Hon Maria Miller and Baroness Butler-Sloss would be “undertaking a scoping review into laws surrounding prostitution in England and Wales and the extent to which they help or hinder police action against trafficking for sexual exploitation.”

A cross-party panel, led by MPs Frank Field and Maria Miller and Baroness Butler-Sloss, has launched an inquiry into trafficking for sexual exploitation in England and Wales.